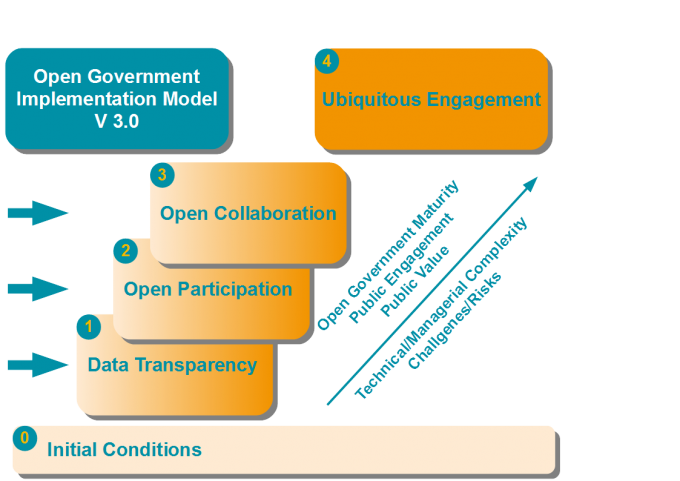 To make available the findings and proposals to a wider public, the internal strategy document was further developed and released as open government process model in July 2011 under www.kdz.or.at/de/open-government-vorgehensmodell.

The process model was reused by authorities at home and abroad as a basis for their open government initiatives and has over 8,000 downloads. The version 2.0 was provided in a revised version 2.5 for public consultation and has now been released in version 3.0 in German and English.